I haven’t had a chance to write lately due to being super busy with work and life but I am here to jot down a trip I just recently took. On Friday (yes, Black Friday) a group of my friends and I traveled to New York City for a little weekend trip. I anticipated that it would be fun but nothing prepared me for just how awesome it turned out to be. First of all, after many years of traveling… I have decided that traveling with a smaller group is so key to a successful time. Originally, Sara Julia and I had planned to go but with a little convincing, a few of the guys joined (one being Sara’s boyfriend). I myself am such a planner so I had figured out the restaurants we would go to. We started our first day at The Smith in the east village. I’ve been there a few times before and I was very confident that the guys would love it as much as us girls did. Everyone ordered a fair share of food and there were zero complaints. Here are a couple photos of the food.

Afterwards, the boys and us split up to see the city the way we’d like. We did some shopping and after realizing that the line ups for Black Friday were the absolute worst (I have zero patience) we ventured off to see the Empire State Building. To anyone who hasn’t been and eventually finds themselves there, know there are two options for the passes. One is regular and the other is a bypass charge. I PROMISE you, the bypass charge is very much worth it with it only being an extra $20 but saving you over 2 hours in wait time. You know what they say… “Wasted time is worse than wasted money.” We got to the top and took in how truly beautiful New York City is. So many buildings, a view of the Statue of Liberty… The sunset. Everything. Here are a few pictures from the top. 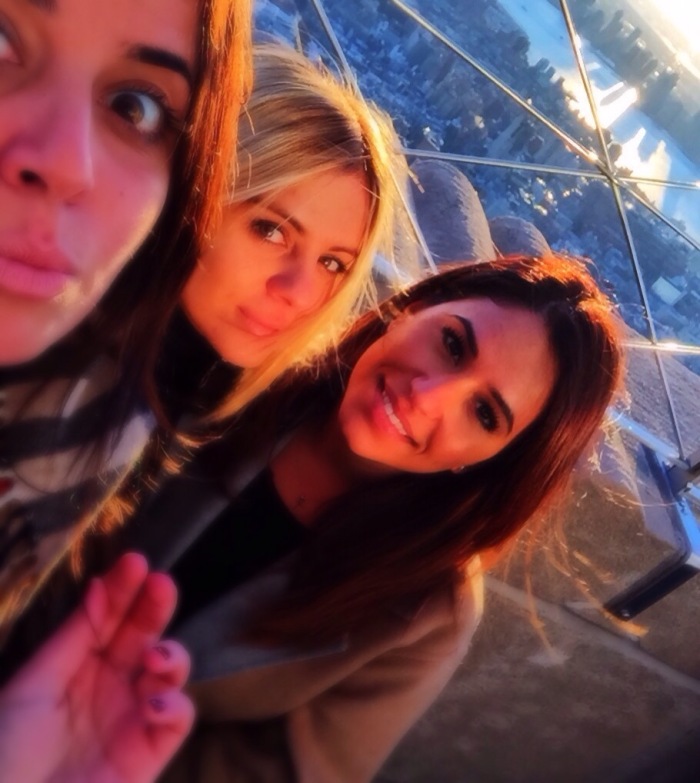 Later that evening, we met the guys at a restaurant called Buddakan (one of my favourites in Nyc) in the Chelsea area and had so much food to eat. We had planned to just have a few bites but got carried away with how much we ordered. We ate and ate until we could not eat anymore then started to get some drinks in us. Not only is this restaurant one of the nicest I’ve ever been to, the food is truly incredible. The ambiance of the place is exactly what you’d picture Nyc to look&feel… I would definitely recommend it to anyone looking for a beautiful night out for dinner and drinks. 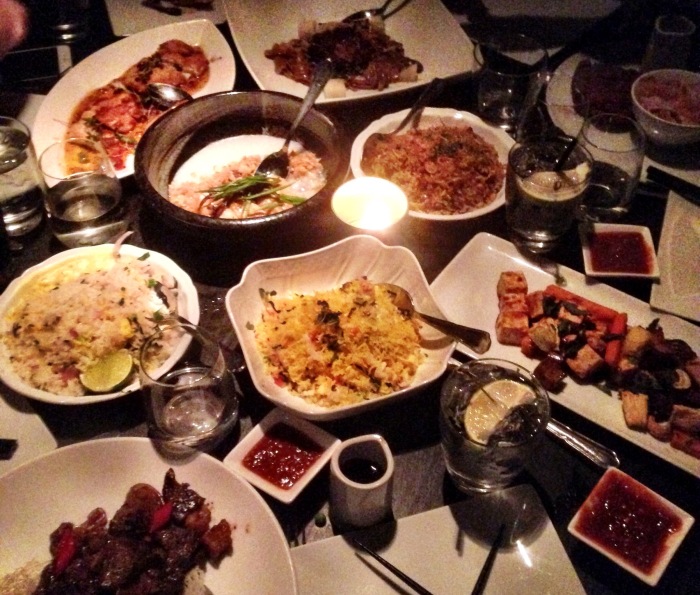 We were all starting to feel the alcohol and ended up going to a bar in the meat packing district called 1oak. I was a little too intoxicated to get any photos besides a few irrelevant ones… But the spot had the best music ever and a good not overly packed crowd.

The next morning the girls and I went and did a little more shopping in soho and at Bloomingdales. Again, it was a zoo. Too many people for my liking. I tired to shop but decided Id avoid it all costs. 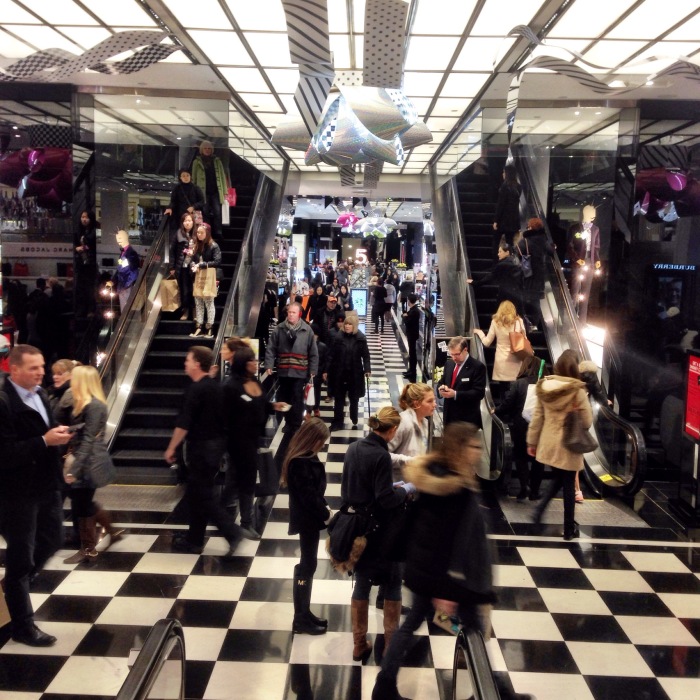 At around 2, we went for lunch at this place called The Delicatessen which is in soho and it is absolutely the best lunch place in the area. The prices are so reasonable and the portions are over the top large. They have these fries that are literally hand made from the lord above lol they are truffle and parmesan … So much yes. I got the thigh sandwich, Julia got the Mac and cheese and Sara got a bucket of butter milk fried chicken. It was all delicious.

We did a little more shopping on fifth avenue and stopped to admire all the beauty in the Christmas decorations. 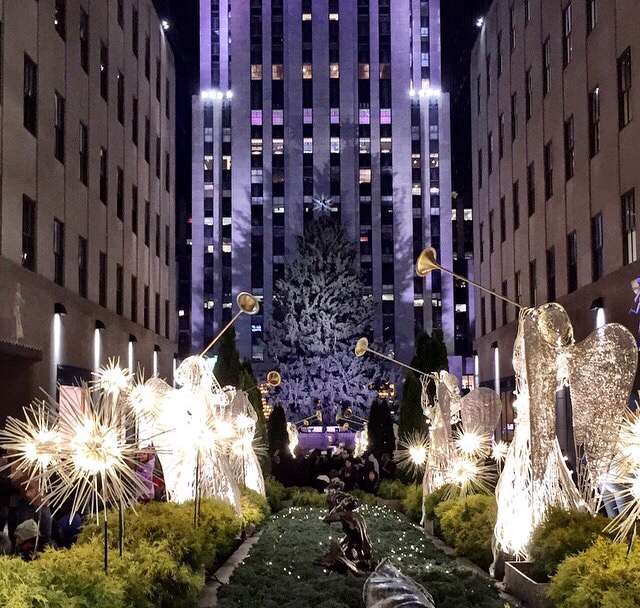 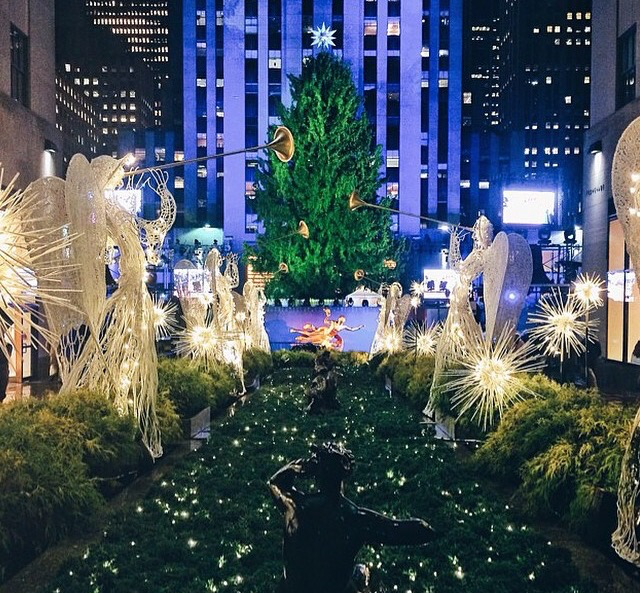 On our way back, we stopped at sprinkles and inhaled cupcakes lol I know I say this about everything… But, sprinkles will always be the best cupcake shop of all time!

At around 9pm we met everyone at TaoUptown for another round of food (shocker!) and plenty of drinks. The food was so good (obviously) and like I said about buddakan, the ambiance was everything. Here is some of the delicious food. It was hard to grab a photo with the dimmed red lighting.

We all for a fortune at the end of our meals and literally read them around the table to eachother of the loud music hahaha so cheesy. Then had a few drinks before we were on our way to a bar called the box. 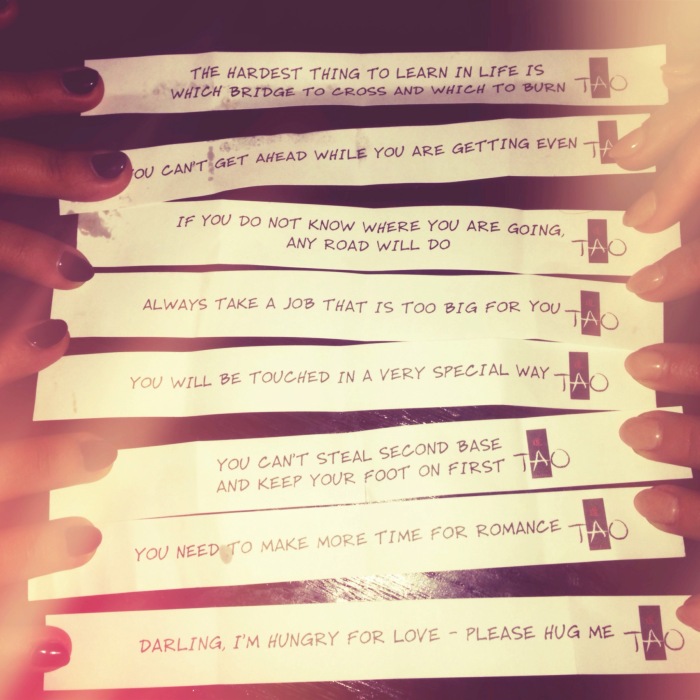 The box. I don’t even really know how to explain this place or what to even say. When we got there, a big sign basically told us we can not take photos or videos inside. I obviously don’t do well with orders and tried to take photos when nobody was paying attention.

Here’s the thing, if I were to explain the type of things I saw… It would leave anyone wondering why I enjoyed this place. It was seriously insane. At 1:30, 2:30 and 3:30 am they put on a 20 minute show. The acts were sexual and very over the top but mind blowing and insane. It pushed the envelope on every level, my eyes could not comprehend what was going on and my mind was blown. There was singing, acting, dancing and the strangest things going on. I would 100% with everything that I am, recommend this place. I can’t say much more but please believe me when I say, ridiculously mind blowing. Here is a photo that shows just how drunk we were by the end of the night. 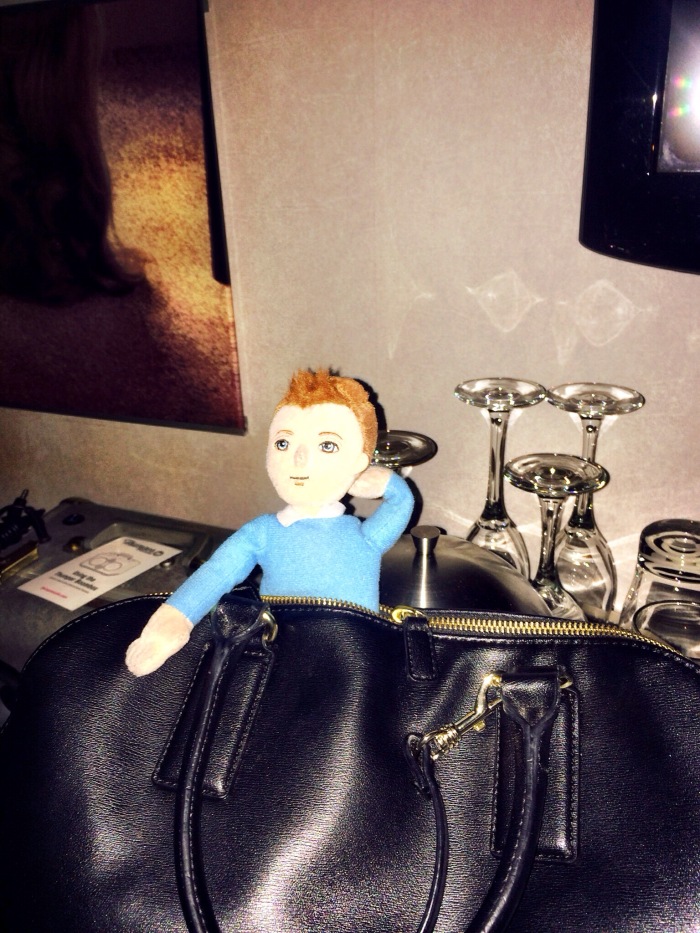 Sunday in the am we tossed and turned in bed, drowning in the sadness that our trip was coming to an end. 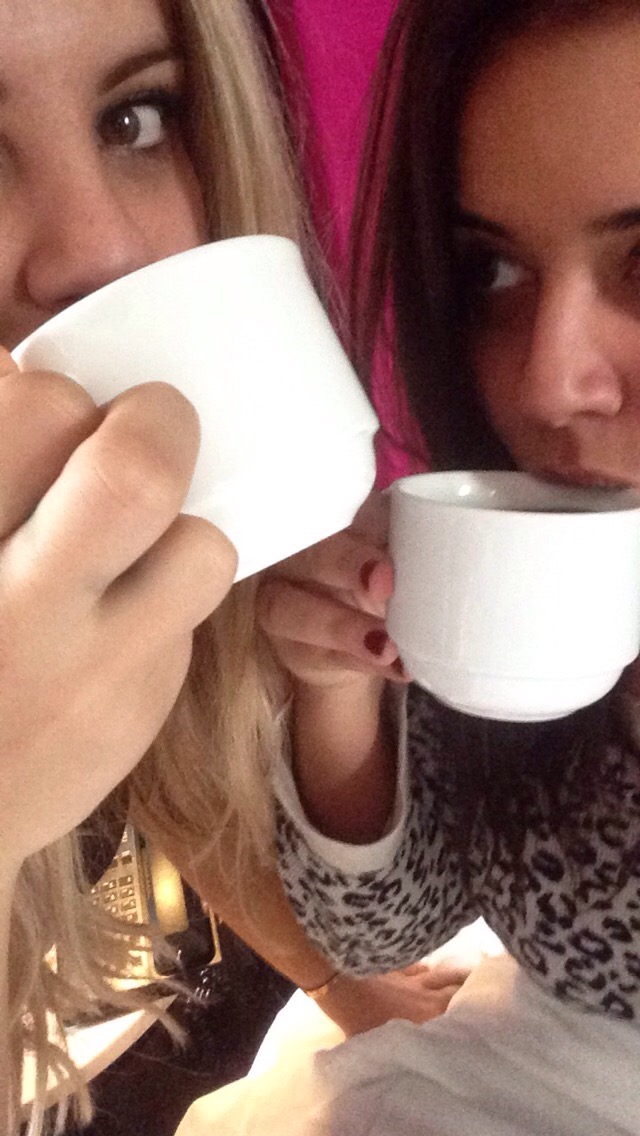 We went to a Mexican spot right beside our hotel (I forget the name of it) and had lunch. I wasn’t a fan of my food because I don’t love Mexican and I also was hungover lol here’s this burger I got that the waiter suggested but I regret ordering and some free dessert.

At around noon, the guys and us split up again. We went to FAO schwarz and then headed over to Central Park for a horse buggy ride. It was exactly what we needed. Something very relaxing to take it how gorgeous our surroundings were. There were people skating, going for jogs, taking photos and enjoying themselves as much as we were. We loved it so much that we did it two times haha didn’t really get a photo of us girls but we tried and failed. 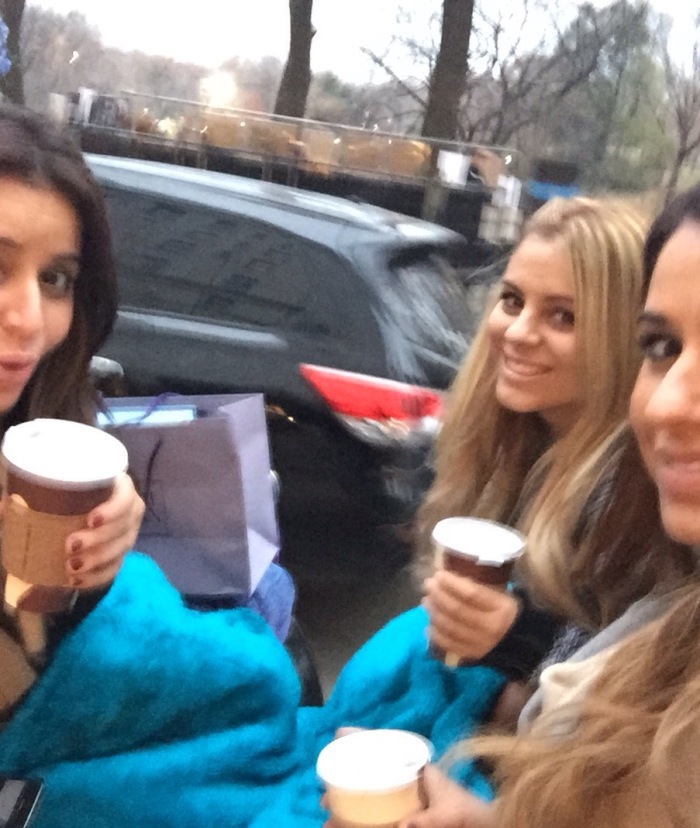 We then went to dinner at Carmines which is hands down the best italian food I’ve had on any of my travels and ordered way too much food for the amount of people that were there. It’s all family style and with a few of us not even having an appetite, a lot of the food was packed to go. 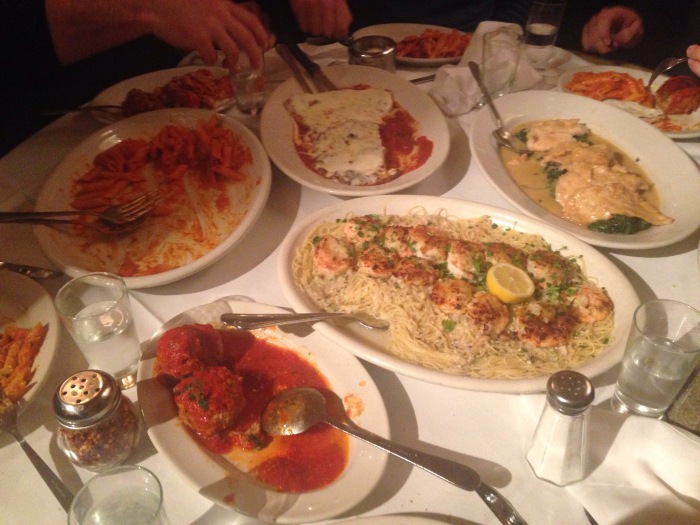 Our last stop was a place Julia and I were dying to show the others. It’s a roof top lounge called 230 fifth and it’s truly one of the best views of the city. They give you Snuggies for the cold weather and have heating lamps everywhere. The ladies and I enjoyed a glass of wine while the guys had a beer and we took a few photos and then sat and reminisced over all the fun we had. 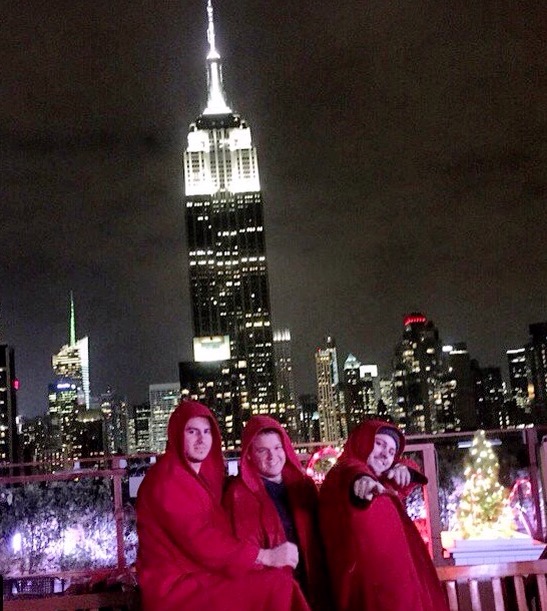 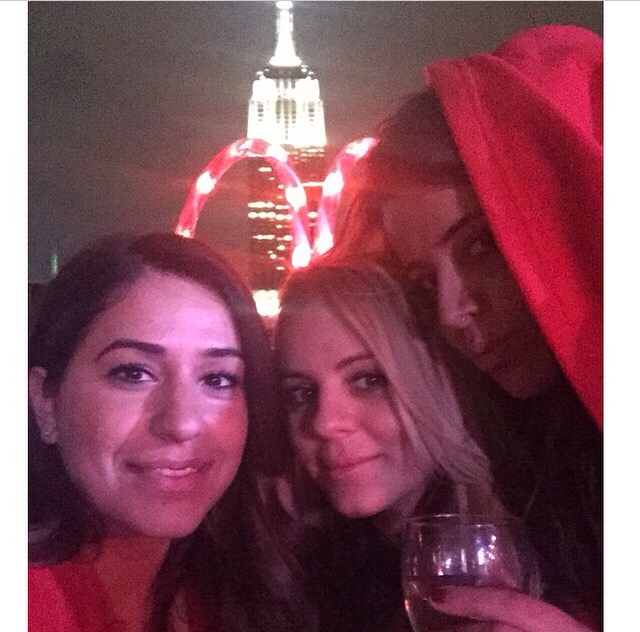 We were sad but it was time to go. We went back to the hotel to pack our bags and went downstairs to meet our driver. The plane ride home was a lot of fun, we played “what would you rather” and learned a lot of weird things about ourselves and eachother. A great trip with some awesome people, what more could I want out of life.

One last photo that William took of when we were about to land. How awesome it was to be able to see the landing strip from where we’re sitting. 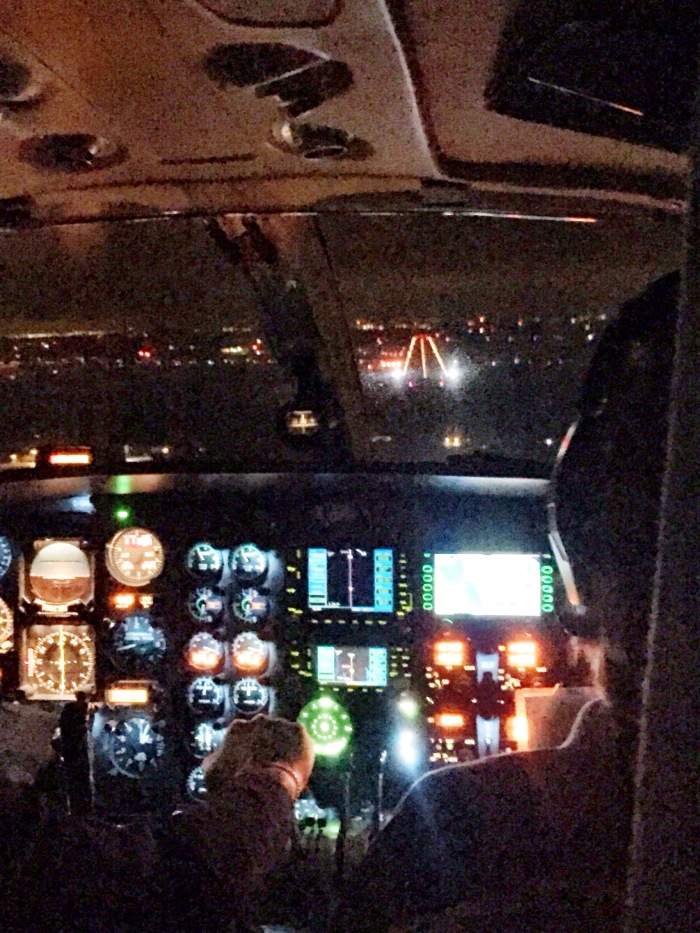 I am thankful everyday for what I have in my life but this weekend was a great reminder that amongst all the blessings I have received, it wouldn’t be anything without the incredible friends I have and the ones I have made. Hope everyone had an amazing thanksgiving weekend! xx