Did anyone catch the Grammys last night? Did anyone watch when Kanye jumped on stage when Beck beat Beyonce in a category (I forgot which one it was) and then quickly ran off to get a good laugh out of the audience. That was pretty funny, I’ll give him that. Who isn’t funny is Kim. I quickly went from obsessing over her to obsessing over how much I dislike her. I think that has a lot to do with those very raunchy classless tasteless photos she took for love magazine. Anyway, Kim Kardashian who is famous for being everything you would never want your child/mother/sibling to be famous for decided to post a very disrespectful picture in regards to Becks win. It is one thing for her to continuously disrespect herself but to do that to a very talented artist is another. She knows nothing about talent because she clearly doesn’t have one and if she does we are yet to see it. I hate to sound so cruel but I just have had about enough. I am a huge fan of Beyoncés and I truthfully did want her to win the award but there is absolutely no need to put someone else down because of it. Kim posted this photo with this caption… I’m disappointed in John legend and Chrissy’s behaviour but a part of me thinks they didn’t know she’d throw this caption on it. Anyway, here is it…. 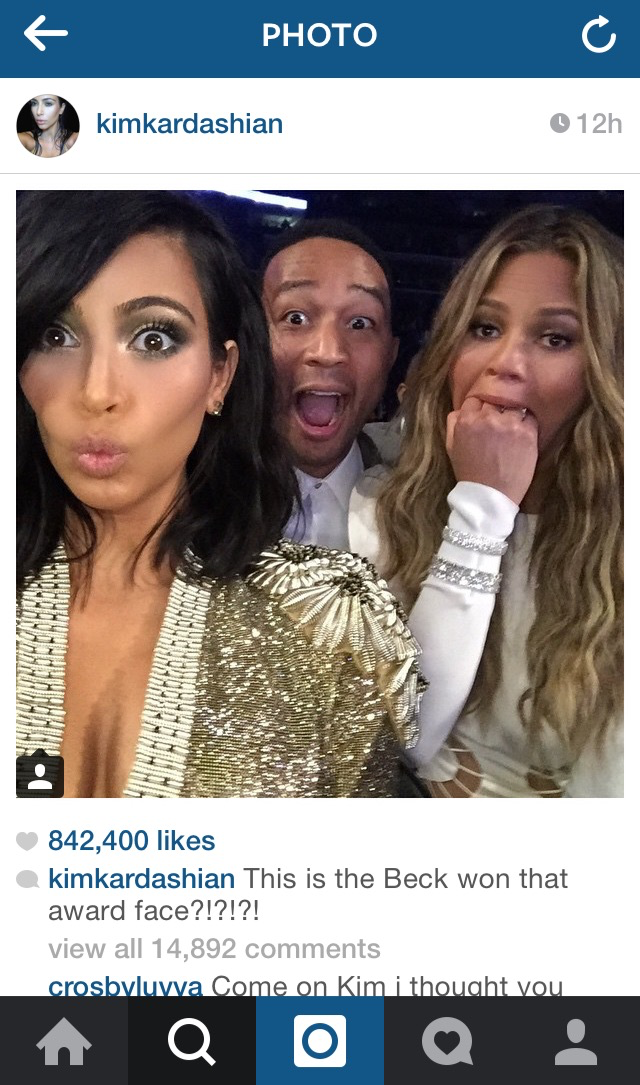 It is like a bunch of adult bullies taking away happiness from someone who’s whole life has just changed. Beck received the award he’s been waiting for his whole life and these people have tried to take his crown away. Beyonce and Jay Z definitely do not condone this behaviour and I’m glad they stayed classy while their “friends” clearly did not.

Here are some of the comments that were left. Clearly I’m not the only person overwhelmed with her ignorance and stupidity. 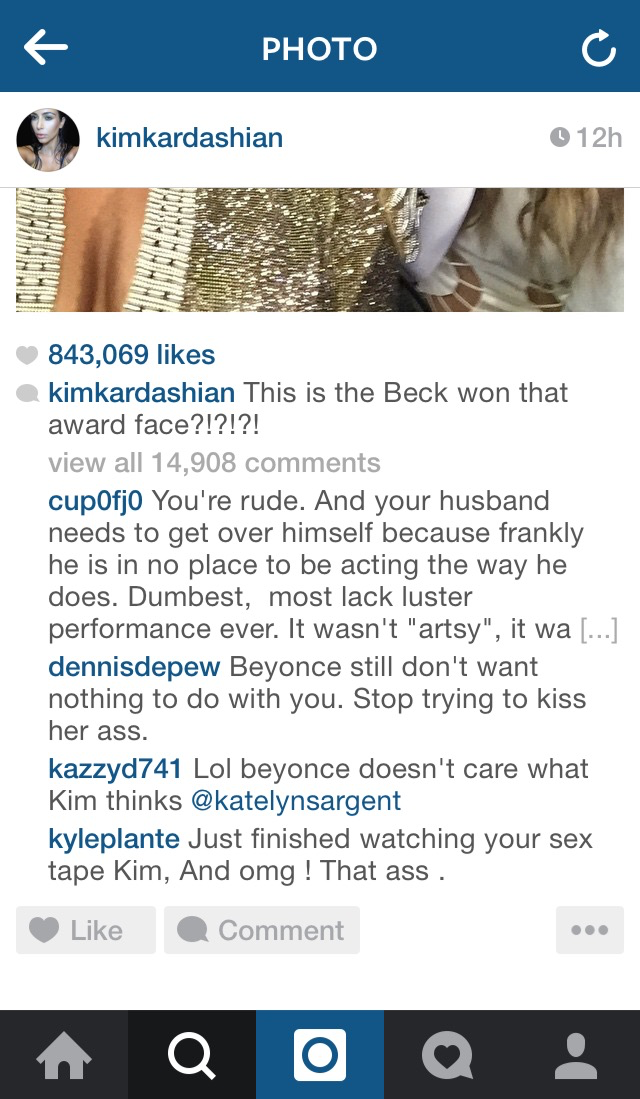 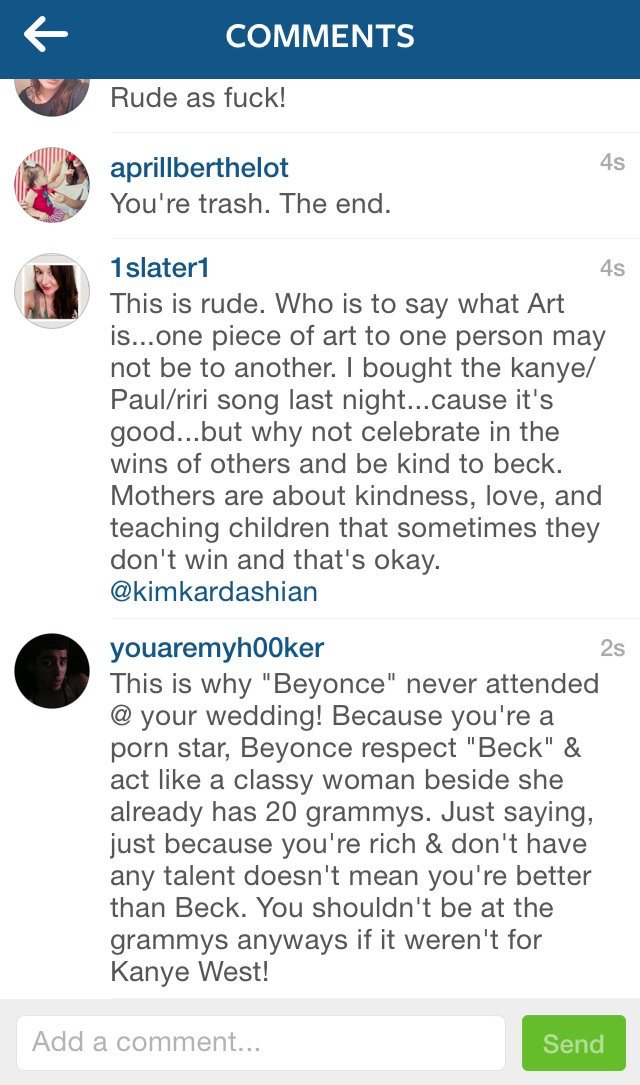 I’ll never understand what people get out of trying to belittle others. I mean, it may come off as a contradiction that I’m saying that after my rant about Kim but I’m simply explaining exactly what she did. Ugh, get off your high horse Kim…There’s absolutely no reason she should have been there in the first place and we all know she wouldn’t be if she wasn’t with Kanye.

Excuse all of my errors, I’m quickly typing this during my down time at work haha That’s all… I’m done haha Xx