Day 16 of my 30 day challenge is to share my favourite childhood book. I couldn’t pick between two that I loved growing up so its a tie haha. The first is The Paper Bag Princess by Robert Munsch and the second is oh The Places You’ll go by Dr. Seuss. 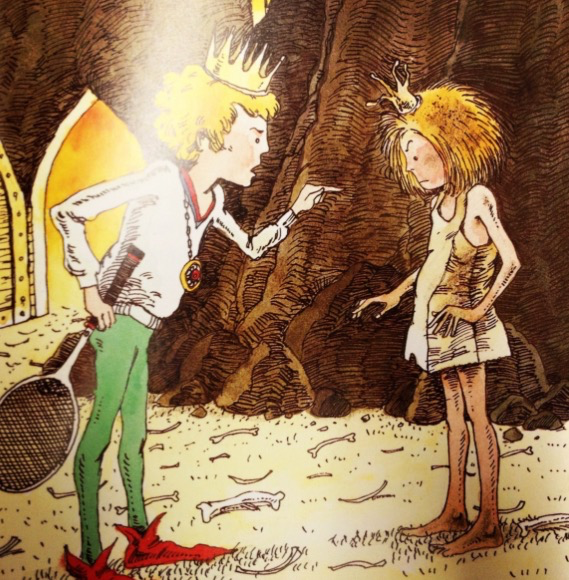 ﻿The Paper Bag Princess by Robert Munsch is a book about a princess who has her castle and all of her clothes ruined by a dragon. All she is left with is, you guessed it, a paper bag to wear. He kidnaps Prince Ronald and Elizabeth is left to rescue him herself. After traveling far and overcoming tons of obstacles to save him, she is finally reunited with him after defeating the dragon. The first thing he comments on is how she doesn’t look like a princess anymore (after all that)!!! She decides right then and there that even though he looks like a prince, he’s really a “bum” and she decides she’s better off without him! The moral of the story has a lot to do with appearances being deceiving- even though Ronald looked like a Prince, he didn’t have the attitude of a gentleman. On the other hand, even though Elizabeth didn’t look like a princess anymore, she had the characteristics of generous royalty. And of course, let’s not forget the ever present message that sometimes the guy isn’t worth the stress and you can do so much better haha! 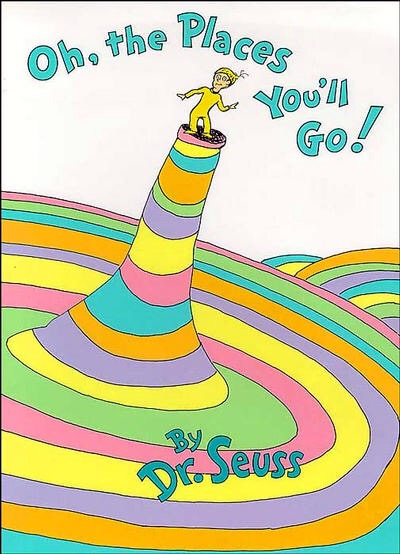 Oh The Places You’ll Go by Dr. Seuss is a classic story that’s just as relevant as an adult (well, kind of) as it was to me as a child. It’s about a character trying to leave town but doesn’t quite know where to go. It’s all about his journey through many different places. The messages in this book still resonate with many people since it’s such a great metaphor for life- even though it’s unpredictable, it always works out.

One day if I am blessed enough to have children of my own, I will read these to them. They are not only fun but send positive messages.

What were your favourite childhood books? xx